As we approach the Thanksgiving holiday in the U.S., many people use this time to reflect on all the reasons they should give thanks. People often tell their family and friends they are thankful to have them in their lives.

If you have secrets or have ever told a lie, exaggerated on your resume, cheated on a test, or cheated on a partner, you have one more reason to be thankful this year. Rapid advances in technology assure us that soon we will see the most terrifying, life changing, heart-breaking app that will ever be created and released; the mobile lie detector app. 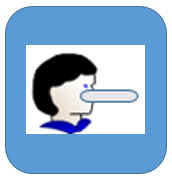 We may not see the app in the next year or for the next 10 years, but we all know it is coming. If you go to your App store today, you will see there are apps available claiming to have the technology for detecting a lie.

Lie detector apps available today are really for fun and do not possess the technology needed for credible lie detection. However, with the rapid advancements made every year in health, science and technology, we can probably expect a credible lie detector app to be released in our lifetime. For now, be grateful by taking a moment to consider what life could be like if such an app existed today. 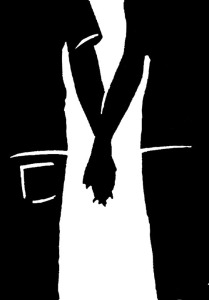 Have you every cheated on your partner?

Cheating is something that, unfortunately, takes place in up to 25% of relationships. All it takes is for one moment of infidelity to plant the seed of doubt in the other halves head. If the relationship is long term and involves children then things get even messier. There could be divorce lawyers involved and paternity DNA testing in Long Beach, NY could end up being required. Plus, with sites like Ashley Madison being created, it gives a suspicious partner even more to be worried about.

For example, imagine a wife suspects that her husband is up to something inappropriate. When he arrives home one evening, she confronts him. He denies everything. He swears on the bible, his family, and everything he loves that he is truthful. She pulls out a mobility wearable that looks like a wristband and asks him to put it on so he can answer some questions.

Refusing her is futile because this is when she will use an ancient old phrase we are all familiar with, “if you haven’t got anything to hide then…..,”. Now you are cornered. There is no respectable response that doesn’t make you look guilty when this ancient phrase is used. You’re stuck!

I think I make my point. If we don’t have any secrets, then we don’t have anything to worry about. But the statistics tell us that a good majority of men and women are in trouble when the lie detector app is one day released.

Have you ever cheated on a test?

Imagine after every major exam, students are asked to take a required survey which turns out to be a lie detector test. Some people might argue the lie detector test invades privacy, others will say if you don’t cheat, you have no worries.

Some people may claim that taking the lie detector test after an academic test is no different than putting a camera in a store to catch shoplifters. One day, cheating on a test might be a thing of the past.

Is your resume accurate?

“In a 2001 survey of more than 7,000 applicants for executive positions, it was found that 23 percent misrepresented personal information. Of those who misrepresented information, 71 percent lied about length of service, 64 percent lied about accomplishments, 60 percent exaggerated managerial experience, 52 percent identified mere attendance at college as a degree, 48 percent overstated job responsibilities, and 41 percent omitted negative employment experiences” 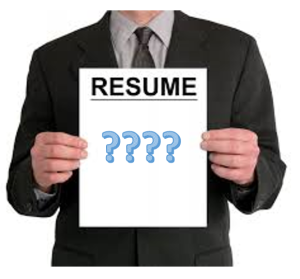 Imagine your phone rings and the company that interviewed you last week wants you to come back for a second interview.

Imagine you arrive to your interview, an HR person asks you to put on the wrist band for some additional questions and says to you,

“don’t worry, this is just a formality. You understand right? Occasionally, people exaggerate on their resumes so we like to perform this test with ALL applicants. You can refuse if you like.”

Really? Let’s be “honest,” will we really have a choice? Would it be possible to refuse and not look guilty?

The lie detector app will demand honesty in all things. Based on the statistics, relationships will be destroyed, teenagers will be punished, and people will be looking for new work in a field that actually lines up with their qualifications. This Thanksgiving holiday, as you give thanks for all that you have, remember to be thankful that all your secrets are safe for a little while longer.