One dark cold night, three men are quietly sitting deep in the woods, somewhere in the Appalachian mountains. They listen intently to every noise, then from a distance they hear a sound that could resemble the creature they are seeking—Bigfoot. One of the men jumps up, takes a deep breath, and with all his strength lets out a sickening howl that sounds like he is part screaming and part singing. Meanwhile, at a campsite a couple of miles away, a group of young adults are sitting around a campfire. They hear what sounds like a man screaming in the distance. A young man sitting by the fire and under the influence of alcohol, jumps up, takes a deep breath, and lets out a scream in an effort to mimic the sound he just heard. Upon hearing a scream off in the distance, the three Bigfoot hunters stare at each other, eyes wide open. One of the men says, “It’s a Squatch!” 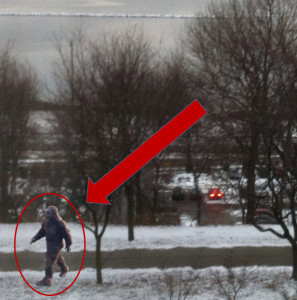 The Bigfoot hunters, or Bigfoot scientists as they like to call themselves, decided to document the Bigfoot with a camera. One of the men takes an apple and climbs eight feet into a tree. He takes the apple and pierces it into one of the branches. He positions his camera to capture anything that might come for the apple. The three men leave the area for several hours and return to see that the apple has been taken from the branch. The camera’s battery did not last for more than 30 minutes, which meant they did not capture any video of the apple eater. One of the men looked at the others and said, “Don’t worry about the video, that apple is eight feet up in the tree.” They instantly became excited, looked at each other, and simultaneously said, “Squatch!” Meanwhile, a black crow sits atop a tree not far away enjoying the rest of his fresh red apple.

The IT administrator stopped by the data center in search of his server. While he was there, one of his employees approached him and said, “You know those two virtual servers I told you about a couple of months ago?” “The servers that we don’t know anything about?” said the administrator. “Yes,” replied the employee. “Nobody knows what they are used for and I am afraid to remove them in case they are part of somebody’s project. If we keep them, we will have to pay for the licenses in the upcoming renewal. What do you you me to do?” asked the employee. “Turn them off and wait for the phone to ring,” replied the administrator.

-Assuming is not considered discovery. 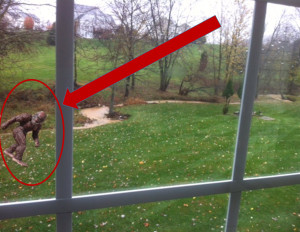 While returning to their truck, the Bigfoot hunters (scientists) discover a dead deer not too far from the road. They analyze the deer. One of the men points to the bones and says, “You see how clean that break is right there? That is the result of a Squatch.” He explained to the others that when the Squatch eats, it breaks the bones much like what they were observing. “They just snap the bones,” he said. Meanwhile, eight miles down the road, a young family traveling home from vacation sits in a repair shop waiting for their car to be repaired after hitting a deer several miles up the road.

The IT administrator stopped by to see the asset manager. “Have you seen that server I ordered?” he asked. The asset manager looked at his spreadsheets. “I see here when it was ordered and I have an email from the warehouse that they received it. I told them to take it to your office,” said the asset manager. 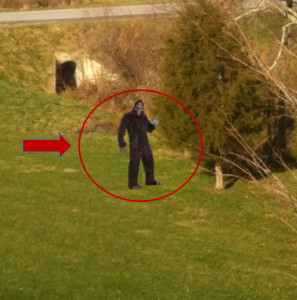 When the IT administrator returned to his desk, he looked around his office to see if there was a possibility someone had put the server in his office. He got down on his hands and knees and looked under his desk and sure enough, there it was along with a few other boxes. Meanwhile, the Bigfoot hunters went on to have a weekly TV show where they could demonstrate their Bigfoot expertise. Although Bigfoot never appeared in any of their episodes, they convinced millions of people to watch their show that was really about nothing at all. 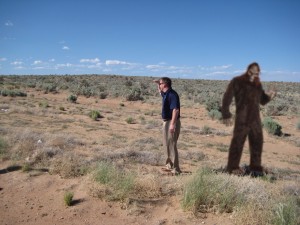 Whether or not you are tracking animals or IT assets, poor discovery techniques will lead to inaccurate results.