I live in a house that requires a well sytem to provide water. The problem with the well water is that it contains a lot of sediment, including iron and sulpher which makes the water taste horrible, and smell even worse. Therefore, we have a water softener as well as an iron filter to keep the water from tasting and smelling bad. 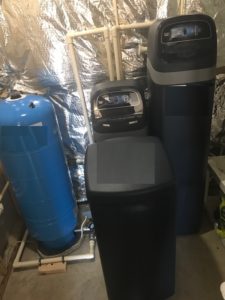 The water filtration system also protects appliances that use the water, keeping them from getting damaged as a result of iron buildup in their pipes.

Recently, we replaced our water filtration system with an updated version. I was pleasantly surprised to learn that the new system provided us with the ability to monitor and configure the system through our smartphone. Now, I can configure the system to schedule a backwash of the filter from my phone if I think the filters need to be cleaned, but what I am most impressed with is the monitoring capability of the water system. 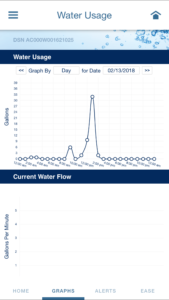 Whenever there is a continuous flow of water, I get an alert on my phone. Sometimes, the alert is a result of an appliance running, such as the dishwasher, but on two occasions the alert was a result of a toilet that had malfunctioned, which left the water running for several hours. 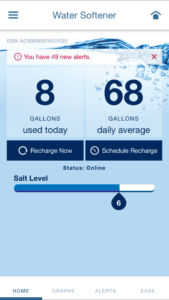 It brings me comfort to know that if I am away from home and a pipe were to break, I would receive an alert telling me that there is a continuous water flow happening in the house.

Technology embedded in non-traditional computer devices, such as our water filtration system is referred to as the Internet of Things (IoT), but I often hear people get it confused with the term “mobility” or “mobile device” which refers to something completely different. With so many different terms that refer to the many types of technologies emerging in the world today, it can be difficult to keep up with them. Let’s explore the differences between mobile devices and IoT.

Mobile devices are typically computer devices that fit in the palm of your hand with an LCD flat screen which provides the user the ability to control the device by simply touching the screen, referred to as a touchscreen. Smartphones and Tablets typically fall under this category, with Samsung and Apple leading the mobile device market space.

Mobility management has been a hot topic for the past several years because most people own a mobile device, and many people use their device as a tool in their jobs. For example, most organizations currently have a Bring Your Own Device (BYOD) policy, which allows employees to use their own devices to access company email and data. These policies are typically associated with protecting company data and access to company networks. Mobility management is typically used to enforce these policies, forcing employees to load applications and security policies on their devices before being granted access to the network.

The Internet of Things (IoT)

IoT devices or objects are often referred to as “things” and contain embedded technology with a unique identifier that enables them to connect to the internet, to smartphones, or to other IoT devices. Of course, there needs to be an internet connection for them to connect, but that’s easy to get, especially if using the suddenlink internet services. The unique identifier allows each individual thing to be individually identified and connected through its embedded computing system, and inter-operate within the existing internet infrastructure.

Some examples of IoT devices that we see on the market today include security systems, thermostats, light bulbs, cars, drones, speaker systems, medical alert systems, farm equipment, and more. IoT devices can transfer data over the internet as well as having the ability to receive data.

With regards to drones (the DJI Mavic Mini being a prime example), these IoT capable devices are being used in agriculture, mining operations, and industrial inspection services. With the interconnection of devices expected to reach dizzying new heights over the next few years, these are exciting times indeed. 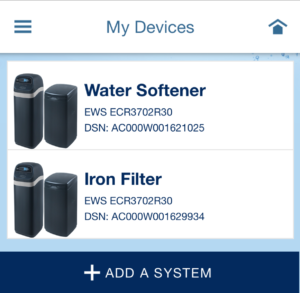 Additionally, this means that things equipped with IoT technology can be configured, controlled, or monitored using a computer device, such as a smartphone. Such technology can be installed by a crestron dealer in london.

In cyber-physical systems (CPS), physical and software components are deeply intertwined, each operating on different spatial and temporal scales, exhibiting multiple and distinct behavioral modalities, and interacting with each other in a myriad of ways that change with context. Examples of CPS include smart grid, autonomous automobile systems, medical monitoring, process control systems, robotics systems, and automatic pilot avionics

IoT devices will continue to change the way we do things today, creating direct integration of the physical world into computer-based systems. This will allow us to sense and control more physical devices, resulting in improved accuracy and efficiency, while reducing human intervention. Reducing human intervention will provide an economic advantage for those who use the technology, as well as change the employment landscape.